I have turned my attention to the following three drivers for this Saturday night given the value in their odds to win as posted by 5Dimes online sportsbook.

NASCAR bettors are used to Busch being the favorite to win just about every Cup Series race he runs. This week, he is the clear favorite with Kevin Harvick and Joey Logano second on the list at much longer +770 betting odds. The No. 18 Toyota’s current form does not support such a wide gap with four-straight finishes outside the top five, but the team was still somewhat competitive with three finishes in the top 10. When you place inside the Top 5 in almost half the events you run, the bar gets raises rather high.

The bar is about as high as it gets for Bristol. After winning the first race at this track this season, Busch has made three trips to the Winner’s Circle in his last four Cup Series events at this racing venue. 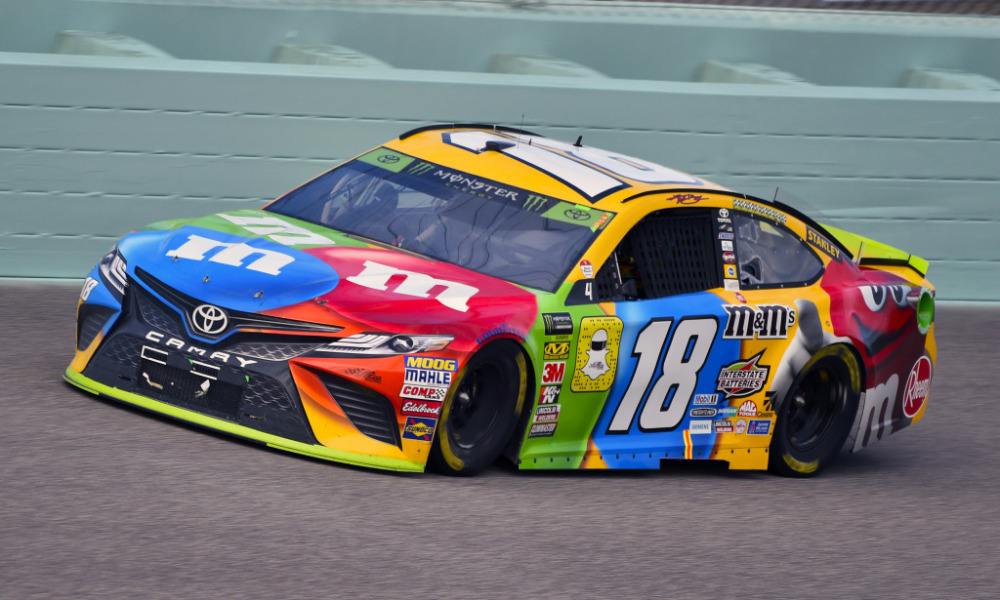 The simple fact that Hamlin remains the hottest Cup Series driver on the track dictates another shot at him winning this week as my top-valued contender. With the second-place finish at Michigan, he has guided the very fast No. 11 Toyota to five-straight runs of fifth or better. This includes a runner-up finish at New Hampshire followed by a victory at Pocono to close out the month of July. He has a total of three point-race wins overall as part of a racing resume that has the most Top 5 finishes on the year (12). Hamlin is fourth in the current Cup Series standings with 815 total points.

The reason why his odds are so long to win this race is tied to a pedestrian 14.9 average finishing position at Bristol. He did manage to place fifth in the first race here in 2019, but I am relying heavily on his current form for this pick.

Redundancy is the rule with Kyle’s older brother once again in place as my top-valued longshot. That play did not work out to well at Michigan with the No. 1 Chevrolet fading to 23rd, but the Night Race is a whole other ballgame. Kurt is rock solid for the 16-driver playoff with a recent victory in Kentucky backed up with 701 total points that is good enough for eighth place in the standings. I also like the fact that this team has kept bettors in the running in more than half of this year’s Cup Series events with 12 runs inside the top 10.

I almost had to go with the elder Busch as the top longshot after his runner-up finish to his baby brother in the first race at Bristol this season. Adding some serious value to the sibling rivalry as well as the long odds is Kurt’s victory in last season’s Night Race.