There are few sportsbooks that have posted odds to win the Heisman next December, but the odds we have seen are all over the place, thus, we will just list the likely candidates in order. There are a number of players not expected to return, though they could, like current Heisman Winner Kyler Murray and Ohio State’s Dwayne Haskins.

Let’s not settle for the obvious choice and go down the list just a bit with Jake Fromm of Georgia, who is experienced and more talented than he is given credit for. 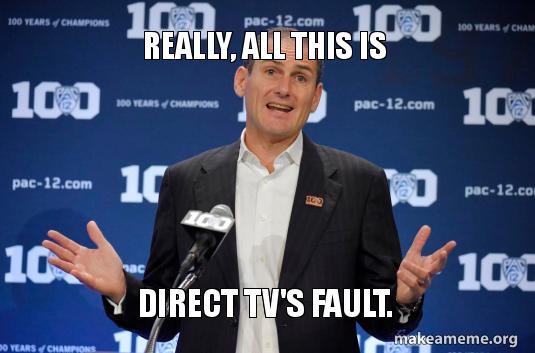 When Larry Scott was hired to be the commissioner of the Pac-12, he was hailed as a bright, innovative guy who would make the conference something more than just Left-Coasters. Instead, the Pac-12 has become increasingly isolated from the college football landscape. This will be the third straight year the Pac-12 does not make the Final Four of college football and instead of admitting the schools have to get better coaches and players, Scott blames Direct TV (still no Pac-12 deal). As expected, Scott wants the postseason tournament expanded to 12 teams, where maybe USC or Washington gets in as the 11th or 12 seed as conference champions. Instead, all 12 schools will fracture off to the Big 12 and Mountain West. Scott will announce he’s still the commish and is keeping the league name for water polo purposes – The Conference of Champions. (just not football or basketball)

Crimson Tide fans are ready to celebrate winning another SEC title and going to be the No.1 seed in the football playoffs, up 17 points on Georgia early in the third quarter. CBS announcers Brad Nessler and Gary Danielson have already declared this as the best Alabama team ever, then it happens. Expected Heisman winner Jake Fromm get hot, Drew Brees hot and the Crimson Tide defense is rendered useless. Tua Tagovailoa throws two interceptions and loses a fumble and the script is flipped, with the Bulldogs pulling off a miracle win. After the game, Saban goes off verbally and abruptly retires. “These damn kids, they think they are entitled coming to Alabama and all you do is put on a uniform and magically win games. I’m 68 years old and I’m sick of kissing 17 and 18 years old kids behinds (edited). And these fans, you have a bad quarter and they start calling me past my prime. Forget it, I Quit!” 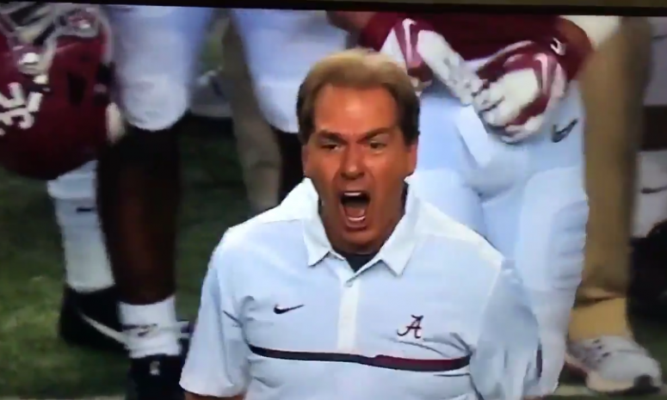 After losing all five bowl games, giving them a 2-26 record in recent bowl appearance, the Midwest Athletic Conference (MAC) announces they have raided the top four teams from the Sun Belt, all who beat their clubs in bowl games again. Commissioner Jon Steinbrecher released a statement about this bold and unusual move. “If you can’t beat them, steal them.” Steinbrecher also announced to reduce travel costs involving App. State, Arkansas State, Troy and Georgia Southern when they face any of their new northern rivals, all games will be played on Tuesday and Wednesday nights in St. Louis as doubleheaders on ESPN2, with a current working title of – MACtion Weekday Civil War – brought to you by Bookmaker.

With the growing popularity of in-game betting, younger bettors lack of patience of having a potential loser has led to chasing setbacks to win back money. Sportsbooks have announced a bold new app for the 2019 season. Instead of betting on more the “traditional” bets like props and score adjustments, sportsbooks are catering to millennials, who like to ask questions, like “Will Team A have second and short (under 4 yards) or second and long (over 7 yards)” before the first down play is snapped. This gives them time to think ahead.

Also, sportsbooks have partnered with Grubhub and hundreds of local liquor stores so football bettors can order and food and drinks and never miss one wager.