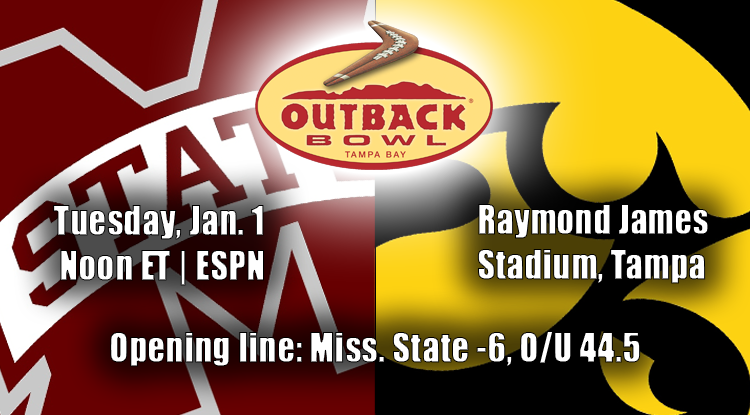 The total on the first game of 2019 opened at 44.5 and come down to 42. The reasons are obvious, we have the No.1 scoring defense in a country with Mississippi State (12 PPG) and No.11 in Iowa (17.4). Both offenses score around 30 points a contest, with more than enough points coming from the defenses generating turnovers or because of three and outs lend to better field position. Mississippi State has been a great UNDER team all season at 9-3 and the Bulldogs are 11-2 UNDER after two straight wins by 17 or more points. The Hawkeyes also have lower scoring tendencies for college football picks and are 24-13 UNDER as an underdog of 3.5 to 10 points. 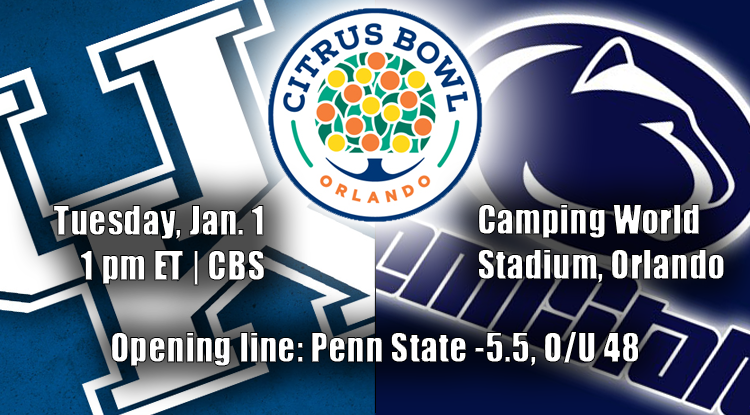 The low total of 46.5 is predicated that fact we have two Top 20 scoring defenses, with Kentucky allowing 16.3 PPG (7th) and Penn State 20 PPG (20th). However, unlike the earlier Outback Bowl, the Citrus Bowl total has more mystery for those surveying the college football odds. Each squad comes in with a quality running at over 200 YPG, with Penn State 29th and Kentucky 35th. Maybe each squad was fatigued after eight battles, still, in three of their last four contests, they both surrendered and an average of over 200 yards on the ground. Maybe they will be fresher and stronger, but so will the offenses. The Nittany Lions are 9-1 OVER in away outings versus winning teams since 2016 and 6-0 OVER when the total is between 42.5 and 49 in that same time span. 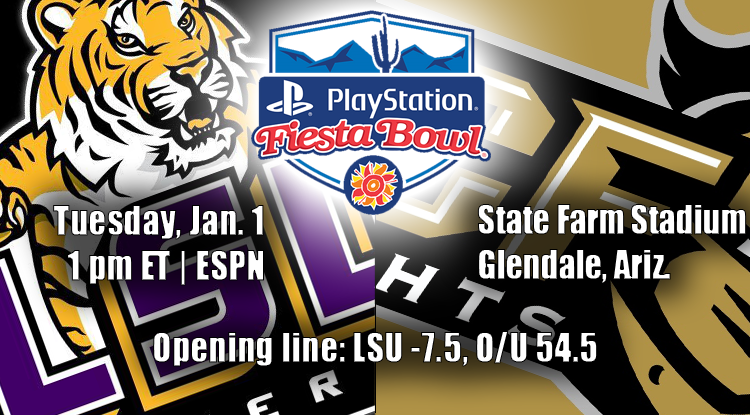 A very engrossing Fiesta Bowl with an early 11:00 am start local time. Will these alphabet schools be a little sluggish at the start or will they be ready from the opening whistle? That is the first question. The next one is LSU is a power running team, primarily between the tackles and they average 174.7 YPG. The expectation is the Tigers will do better than that since Central Florida conceded 227.4 (118th), yet, is still 12-0. Does LSU average 5 yards a carry and eat up the clock to put the Over 56 in jeopardy or do they bust off long runs and score quickly? LSU only gave up more than 30 points once all season (Bama had just 29) and they are 6-0 UNDER after two or more weeks off. If McKenzie Milton was playing for UCF, maybe the Over would be in order, but he’s not and we can envision more field goal tries for the Knights. With UCF 13-3 UNDER after scoring 50 or more points, the UNDER is the choice. 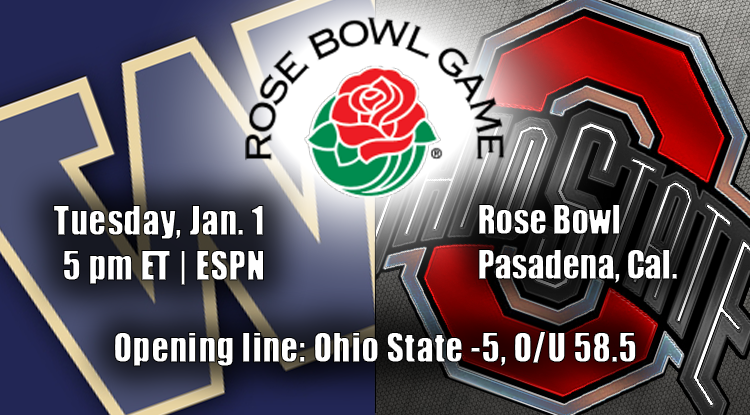 Forget about Washington being 10-3 UNDER, it’s not happening in Pasadena. Ohio State’s offense is too good, especially after they rebounded from a slower period in late October to early November. We are not saying the Buckeyes will hang their average of 43 points like they did this season, but anything less than 31 to 35 on the scoreboard would be a shock now that passing game and running game are working. Washington’s passing game never clicked with Jake Browning and his receivers, which led to the Huskies only averaging 26.6 PPG. Yet that certainly is a score Washington can reach against an Ohio State who allowed 25.7 PPG this season. Forget the 56.5 total, this Rose Bowl is purely OVER action. 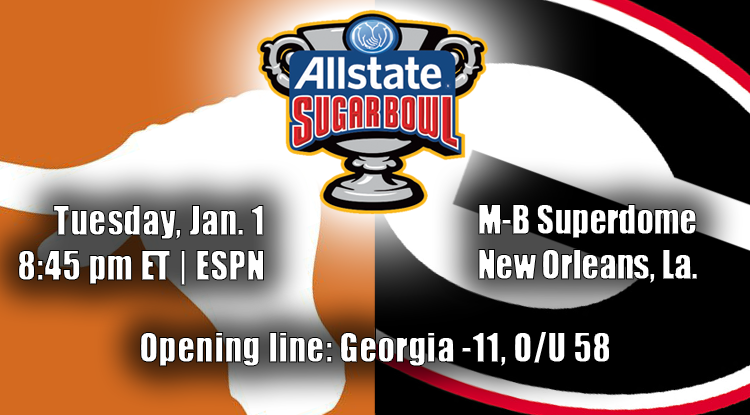 The last game of the day has seen those betting football more than satisfied with a total of 58.5, which is only a half point higher from opening release. Texas gave up 26.2 PPG versus teams that averaged 32.5 PPG. But a closer look inside the numbers finds when they took on offenses known for ringing up points the Longhorns allowed 38.6 PPG, which nearly matches Georgia’s 39.2. The best defense the Horns have seen all year was Iowa State and they only scored 24 in Austin. The Bulldogs are legit Top 16 defense both in yards allowed (311) and points (18.5). The only real question about coach Kirby Smart’s defense is have they buried another Alabama loss or does that linger in the Sugar Bowl? Let’s surmise the Dawgs come to play and Texas ends up 9-1 UNDER as an underdog.