Value is the key concept when it comes to long-term futures. The following teams should be legitimate title contenders and the payout won’t be nearly as sweet later as it is now.

Shea Patterson turned out to be a solid addition as he added efficiency and playmaking ability that had been absent at quarterback in 2017. Patterson was effective as a runner both in zone-read option plays and as a scrambler. He ran for 273 yards in addition to throwing for 2,600 yards and 22 touchdowns. Nico Collins and Donovan Peoples-Jones return for their third year. Collins is physically talented and has strong hands, which allow him to make plays in traffic. DPJ is a game-breaker with his speed and explosiveness on top of his improved route-running abilities. Don’t forget Tarik Black, if he can stay healthy, who had been viewed as Michigan’s top receiver.

Michigan’s run game needs to be a more positive factor against its top opponents. Its protection unit will improve in guru offensive line coach Ed Warinner’s second year with the addition of four four-star blockers, the first blockers he recruited. The return of its second- and third-string running backs and the recruitment of the third-ranked running back will help make up for the loss of Karan Higdon.

UM’s defensive line will still be one of the best. Losing Rashan Gary is no big deal because he was a non-factor for much of the season. Kwity Paye, most known for achieving two sacks against Northwestern, will supersede his production. Former four-star recruit at defensive end Aidan Hutchinson will play a bigger role and Josh Uche, who led the team with seven sacks, is a menace at pass rush.

At the Viper position, Khaleke Hudson will assume a leadership role in the defense, as he did during the Peach Bowl, and be more of a playmaker in Devin Bush’s absence. Cameron McGrone was a five-star recruit who will see a much bigger role as a redshirt freshman. Unanimous first-team All-Big Ten selection Lavert Hill returns at corner. The secondary will see a lot more speed in order to match up better with Ohio State thanks to Daxton Hill. He’s ranked as the nation’s top recruited safety and runs a 4.30. Ohio State, by the way, will miss Heisman finalist quarterback Dwayne Haskins to the NFL draft and coach Urban Meyer. 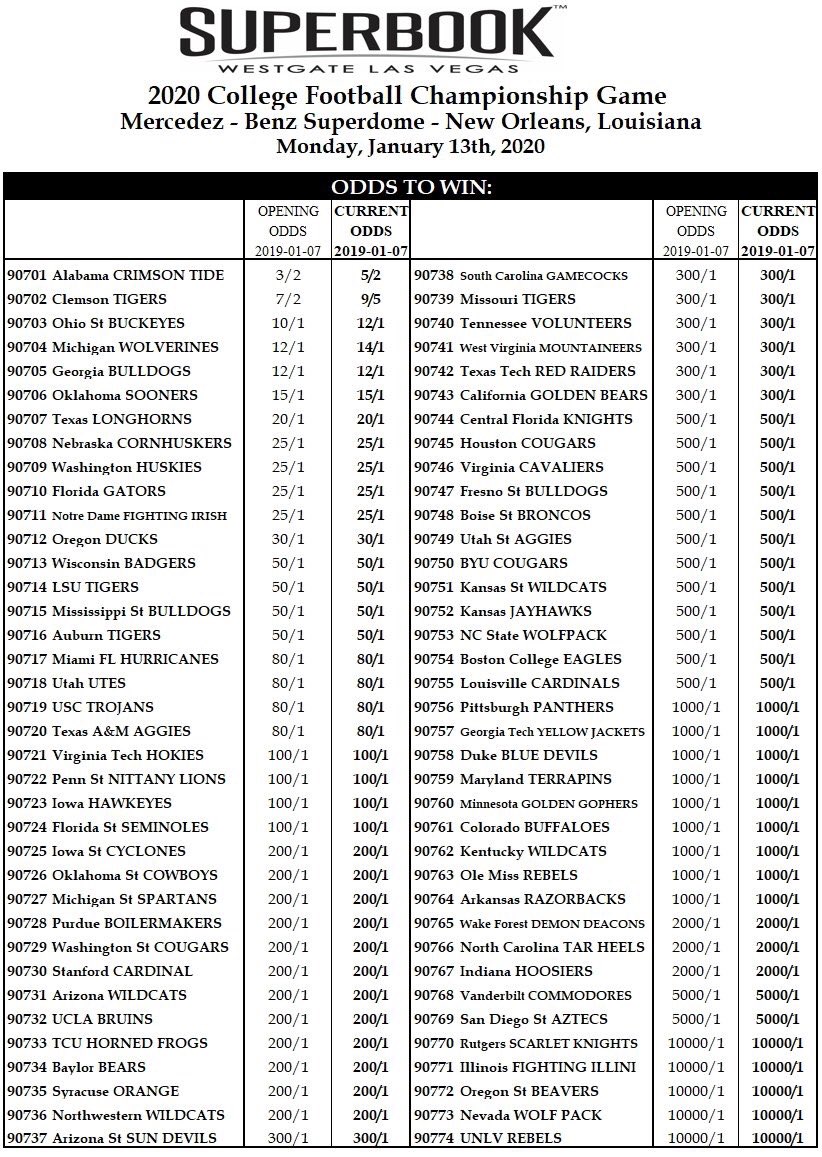 Oregon’s 2019 recruiting class is the best in school history and the best in the Pac-12. Plus, star quarterback Justin Herbert is returning for another season. It would be unfair to quibble about Herbert’s statistical regression because he had to execute an entirely different offense. Under Willie Taggart, Herbert tended to throw from the pocket to all four quadrants of the field. Under Mario Cristobal, Herbert is more frequently bootlegging and otherwise throwing on the run, often fitting the ball into tight windows. He will get his numbers back up with more experience and comfort with Cristobal’s offense.

The offense will be run-first. The Ducks return all five starting offensive linemen and their two leading rushers. Cristobal is emphasizing size and physicality and Oregon’s power run scheme will be extremely successful in a soft conference whose defenses are geared to stop spread, pass-first offenses. C.J. Verdell ran for 1018 yards on five YPC as a freshman.

On defense, the Ducks will bring in the second-highest-ranked defensive end recruit, Kayvon Thibodeaux. He can make an immediate impact as an elite pass rusher and so pick up where graduating defensive end Jalen Jelks left off. The rest of Oregon’s D-line remains in tact. Other top recruits include the sixth-ranked cornerback. Oregon’s secondary is already stacked with NFL-caliber cornerback Thomas Graham, who had also started as a true freshman, and rising talent Deommodore Lenoir. Furthermore, the third-ranked linebacker Mase Funa and Ge’mon Eaford, the 11th-ranked linebacker, can replace Justin Hollins and possibly Troy Dye. Both will punish opponents with their physicality.

Michigan State’s defense was arguably the nation’s best. It ranked sixth in opposing scoring even though the offense was abysmal. The bulk of that elite defense will return, most notably tackle Raequan Williams, who is an important piece of MSU’s top-ranked run defense.

The problem is the offense. Michigan State is so disrespected by oddsmakers because its offense cost them numerous games. MSU’s offense suffered an incredible amount of injuries at every position. Quarterback Brian Lewerke dealt with an injured shoulder for much of the year, top receiver Felton Davis tore his Achilles, and numerous other receivers and offensive linemen went down. With greater health, Michigan State can fulfill previously high expectations. MSU last made the playoff in 2015 and it does better as a team when nobody expects them to.